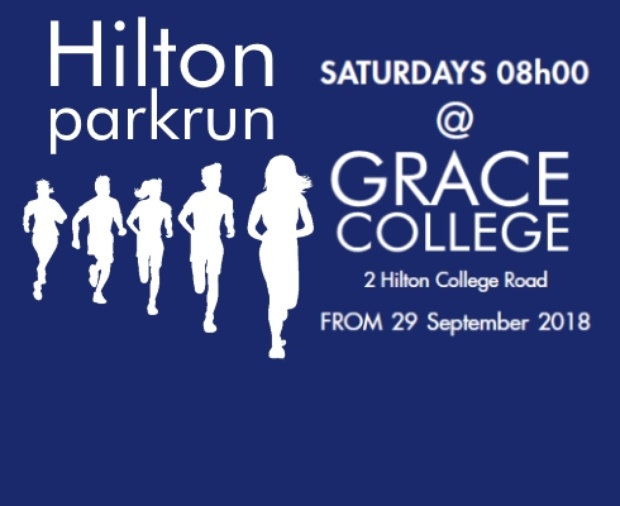 The residents of Hilton Village are very excited about the announcement that Hilton is getting its very own Park Run starting on the 29th of September 2018!

Grace College will be hosing the Hilton parkrun - a free, weekly, 5km timed run on Saturday mornings.
This event is open to everyone, it is free, it is safe and easy to take part in.
You only register once!